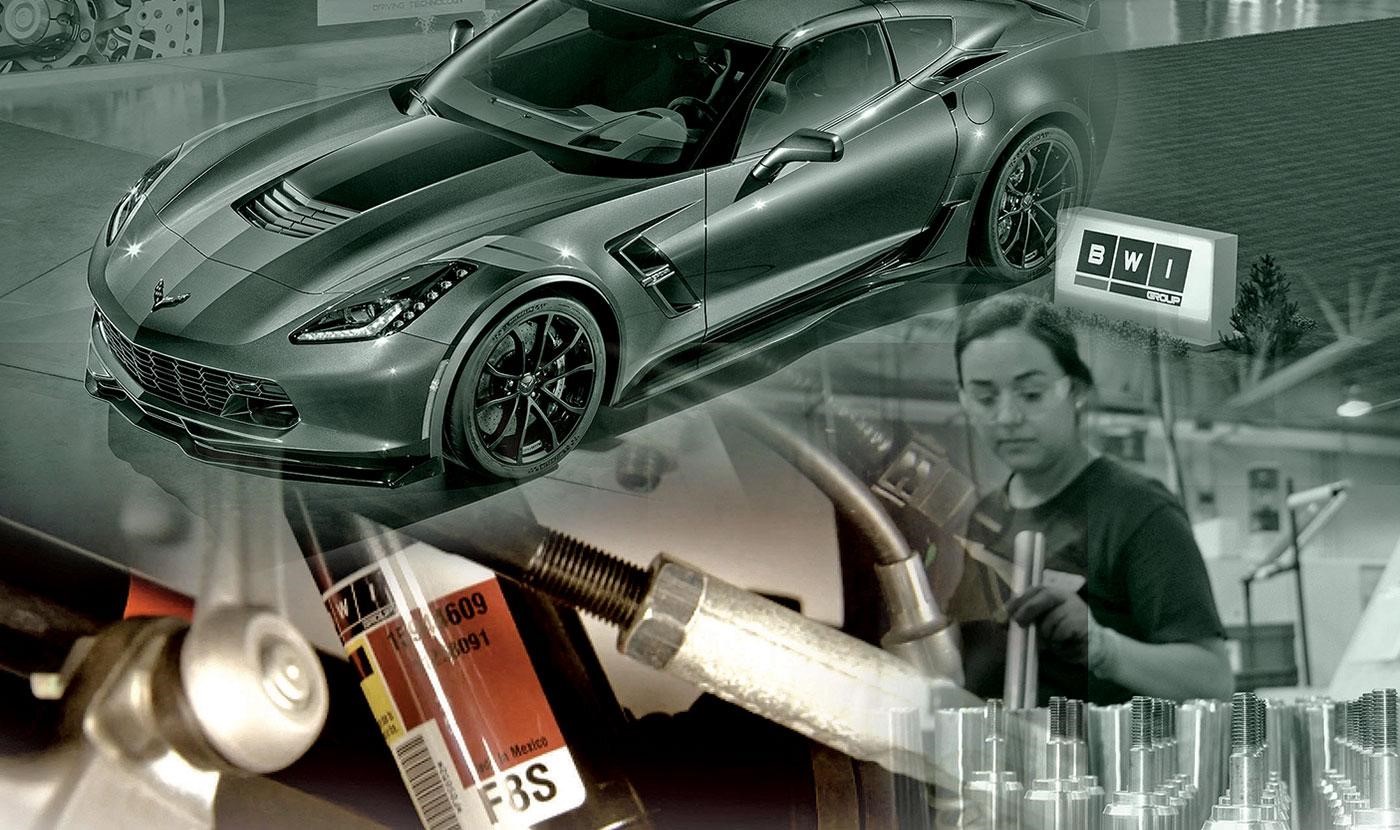 A group of Chinese investors’ ears perked up when Delphi Automotive declared bankruptcy in 2005. Buried somewhere in Delphi’s brake and suspension unit was a jewel — an advanced ride and handling technology called MagneRide that had begun to appear on high-end General Motors vehicles, Cadillacs and Corvettes, as well as Ferraris. Its potential had been stymied by Delphi’s financial woes. But in the eyes of the Chinese investors, its future looked bright.

What has followed in the eight years since its 2009 purchase has been the remarkable success story of a Chinese manufacturer — once unknown to the U.S. industry — that recognized an opportunity and bullishly capitalized on it. It is an increasingly common tale in the global auto industry: established industry leader is forced to sell an asset; new player with available cash buys; industry leadership moves into new hands.

In this case, the asset in question, MagneRide, was a pioneering chassis system developed over years of r&d by Delphi’s Ride Dynamics and Brakes unit in Dayton, Ohio.

But plagued by financial and legal troubles, Delphi was in sell-off mode not long after the technology launched. And rising to the occasion was Beijing West Industries Group, or BWI, a newly formed venture that was 51 percent owned by one of China’s largest steel producers, Shougang Corp.

Tempo Group already had established a U.S. sales company to sell aftermarket parts in North America. And after the Delphi acquisition, Tempo would go on to create Pacific Century Motors, the entity that also acquired Delphi’s steering business, which now operates as Nexteer Automotive.

But in 2009, the investors’ focus was on the availability of Delphi’s chassis business — and the jewel MagneRide.

BWI’s $100 million acquisition has turned the venture into a global star of ride technology. Demand for MagneRide is growing worldwide, and BWI’s customer base has expanded to include Audi, BMW and Porsche, in addition to GM. Since BWI began marketing the technology globally, it has appeared on vehicles ranging from sports cars to pickup trucks and SUVs. Lamborghini, Ferrari, Acura, Land Rover, Ford and GMC vehicles, among others, have used MagneRide.

To keep up with that run of worldwide success, BWI is coming full circle to invest in its first U.S. manufacturing site, said Darin Dellinger, BWI product marketing manager.

The company is spending $80 million to open a production plant in Greenfield, Ind., less than 100 miles from the Dayton operations that first brought MagneRide to market. BWI’s plant will open in 2019, launching the technology’s fourth generation in North America, just as Delphi did with its debut in 2002 with the Cadillac Seville STS.

“This technology is known to us,” said Doug Carson, a former Delphi engineering manager who is now BWI’s global director of engineering.

“We’ve grown up with it,” he says of the technology. “We lived with it. We’ve seen it in its best and worst states. It’s encouraging how something introduced in 2002 can still be relevant in 2017.”

“All of the sudden you’re a new company, and the owners want to make investments,” he recalled. “We had access to capital that we had not seen before. We had questions like, ‘How many people do you need to hire to do this?’ We hadn’t had that question for a few years.”

A Delphi spokesman declined to comment on the 2009 deal.

BWI does not reveal global sales figures and declined to estimate the portion of sales that come from MagneRide systems. In 2015, the company broke ground on a plant in the Czech Republic to serve European customers. BWI said at the time that it expected to increase its global MagneRide business by half by 2020. The company’s only other North American plant is in Chihuahua, Mexico, which supplies the U.S.

Despite giving up MagneRide, Delphi is healthier and more focused now. This year, Delphi embarked on a strategic move to split into two companies. Its powertrain operations will constitute one, while its advanced electronics operations will become a supplier of systems and services for autonomous transportation.

MagneRide, under BWI, is continuing to make advances, too.

Instead of mechanical valves, the dampers rely on sensors, electromagnetic coils and electronic control units to generate and manage a magnetic field that alters a “smart fluid” in the dampers to stiffen or soften road response as needed.

Dellinger, who also came with the technology from Delphi engineering to BWI, said MagneRide was viewed as a moonshot when it was in development at Delphi. Some outside the company believed it simply wouldn’t work, he said, and as if in a display of gallows humor, the r&d department had a list on the wall of all the reasons the technology wouldn’t work.

But Dellinger said nights at the Dayton offices typically found the project team working until 7 and 8 p.m. “because we all believed in it so much.”

As for the fourth generation, Carson says his team focused on improving the computer controls that make it work — not the hardware of the dampers.

“The microprocessor that we have available to us now with this [fourth generation] was not even conceived of in the automotive environment in 2002,” Carson said. “So as evolution in microprocessors continue, there are things we can do to make MagneRide better.”

The Indiana plant is a sign of the Chinese company’s belief that MagneRide has room to grow in the U.S. market.

BWI, as well as Karma Automotive and A-123 Systems are examples of the Chinese swooping in to purchase a failing automotive company to create a successful business, as well as the Chinese tendency to take a longer-term view of business opportunity, Dunne said.

Carson said the long-term trajectory of technology will work in MagneRide’s favor.

“If you think about what it was and what it is now, it’s not even close,” he said.

“The pace of technology is unbelievable, and so we’re not going to stop.”