Advanced chassis technology supplier BWI Group has developed a cost-effective switchable two-position suspension system, DualRide. It allows price-sensitive vehicles to approach the all-around ride performance associated with premium adaptive suspension systems but at a lower price point. DualRide may also be used on vehicles with a range of damping requirements due to variable payloads.

Using DualRide, the damping can be selected to suit the driver’s preferences or needs. This damping mode selection can be made through the driver interface on the vehicle’s dash, or through a dedicated ride control switch. Additionally if the vehicle manufacturer chooses to couple DualRide with an electronic suspension control module, some of this functionality can even be performed automatically.

A simple electro-magnetic control mechanism selects between one or both pistons in-series to create the two different damping modes. For vehicle OEMs, the great tunability of BWI Group’s premium passive twin-tube damper valving is maintained in the ‘normal’ mode, and a second valving system is used to provide the ‘sport’ or ‘loaded/trailering’ mode.

DualRide has initially been configured for twin-tube dampers of 32 and 36 mm in diameter. Future developments will include monotube applications and an ‘automatic’ feature that will select quickly and seamlessly between ‘comfort’ and ‘sport’ or ‘loaded/trailering’ modes. The system will then respond to driving style and chassis inputs ensuring that damping is optimally selected, this feature effectively provides the functionality of fully automatic adaptive suspension at a very competitive cost. 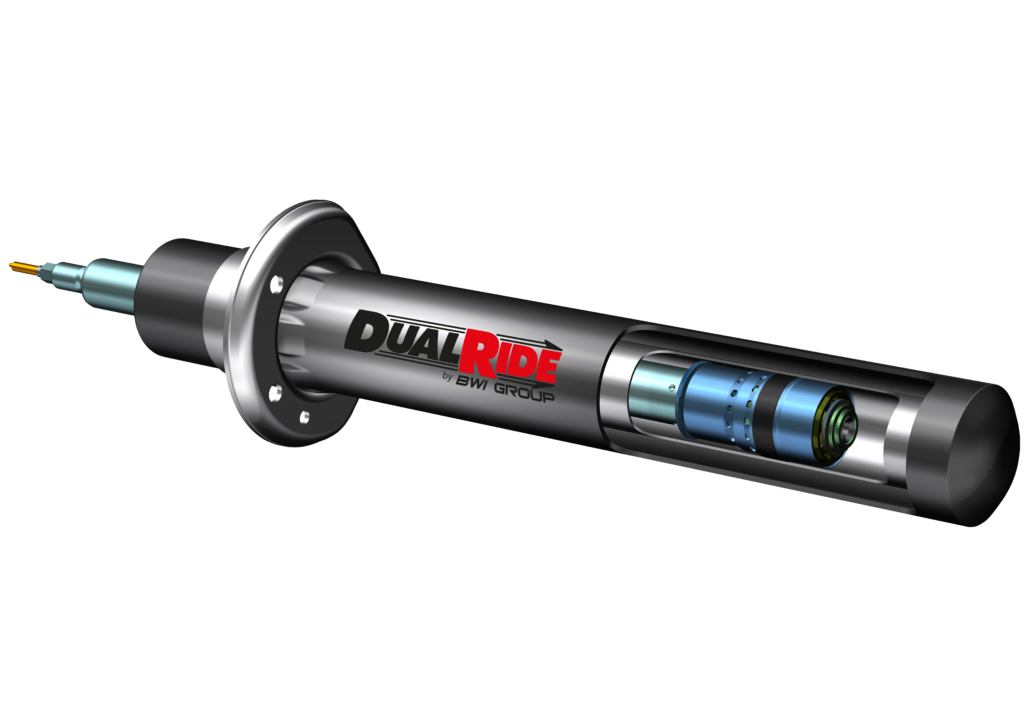