Chinese company Beijing West Industries (BWI Group) has ceremonially opened a new manufacturing plant at Panattoni Park Cheb.  This leading world manufacturer of car components has already installed technology in the new building and has therefore been able to launch the manufacture of shock absorbers for luxury car manufacturers. Around three hundred new jobs are being created in Cheb and the surrounding area thanks to investment of around 750 million koruna. BWI Group has until now operated six production plants throughout the world: three in China, one in Mexico, one in the UK and one in Poland.

“We manufacture car components for the whole world, meaning that we need production plants throughout the globe. We chose Cheb for its qualified and competitive labour and for the excellent transport connections to Germany, where some of our prominent customers are based. Foreign expansion has become natural for Chinese companies and I believe that our investment is a clear response to initial criticisms that the Chinese do not build production plants or create jobs for local people in the Czech Republic,”  Yun An Jiang, the BWI Chairman & President.

“Call me an incorrigible patriot, but I am always immensely proud when I can say that a significant piece of technology is made here in the Czech Republic.  The intelligent factory for shock absorbers for luxury brands is a magnificent show of modern systems and sophisticated technology. This is high-tech production with high added value and satisfies the principles of the trend known as Industry 4.0,” explains Pavel Sovička, Director General of development company Panattoni Europe for the Czech Republic and Slovakia, which built the hall.

The production plant, which covers an area of 15,000 square metres, currently manufactures passive shock absorbers for cars and will broaden its portfolio in the future to include other luxury brands. Construction work was financed by the Accolade Group, which owns the building and is leasing it to the Chinese tenant long-term. Real estate consultancy firm CBRE brought the first Chinese tenant to the industrial zone in collaboration with Panattoni Europe and Accolade. The proactive and accommodating approach of the town of Cheb also played a significant role.

The Cheb industrial zone currently covers around 40 hectares and provides employment to around 2,500 people. The rapid influx of new investors in the past year has seen Panattoni Park Cheb become the fastest-growing industrial park in the Czech Republic. It is a unique project that draws on unparalleled cooperation between the town, the investor and the developer. 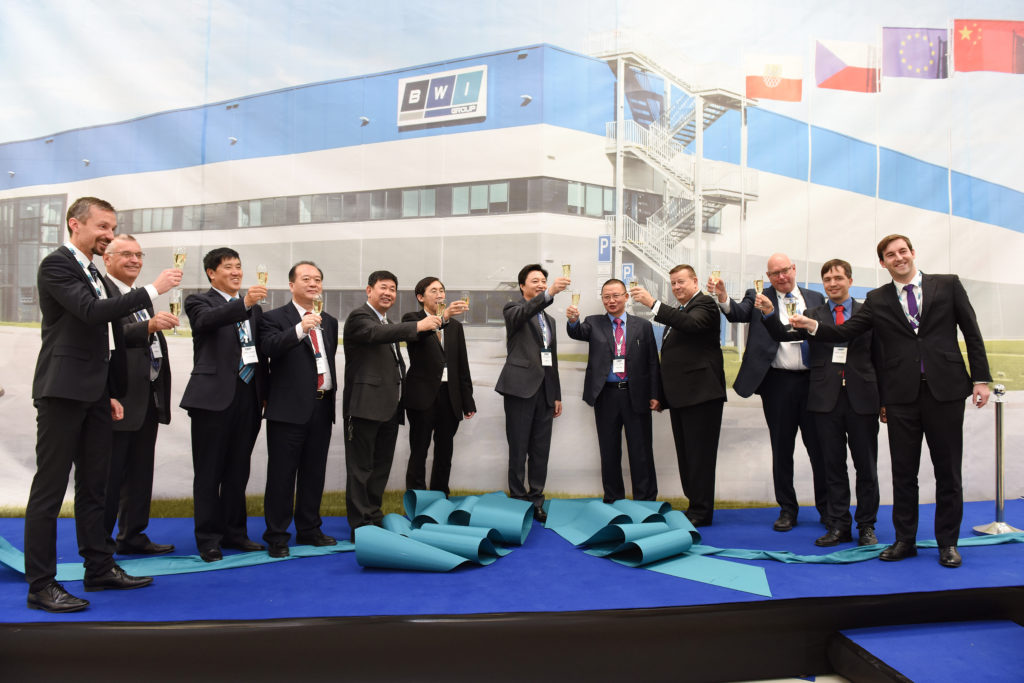